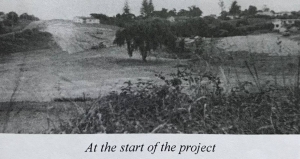 The Howick Bowling Club dates back to 1907 when H K Gilmour JP established the Howick Bowling and Croquet Club as a private enterprise on his own property in Uxbridge Road behind todays Uxbridge Centre. The venture proved extremely popular with the club leasing the property from Mr Gilmour in 1911 before purchasing the site outright two years later upon forming itself into an incorporated society.

It then consisted of a humble small clubhouse, one bowling green and two small croquet lawns.The club thrived although after having survived two World Wars and the Great Depression, a fire destroyed much of the club’s records. In 1950 the women formed their own separate Women’s Bowling Club, sharing the facilities.

Meanwhile, in 1942 The Howick Horticultural and Beautifying Society had purchased the first three sections on the corner of Sale Street and Selwyn Road with the aim of developing a miniature Albert Park in Howick. The society’s plans  were encouraged when Miss Maud Nixon, a former president of the croquet club, purchased two further lots and presented them to the Town Board with the stipulation that the area was to be used a “Reserve and Public Park” for all time. The Town Board bought three further  lots between 1949 and 1952 and the adjoining Copper Block. 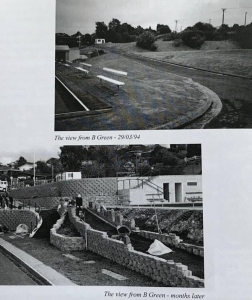 In 1957 the Howick Borough Council considered a plan to develop a large part of Nixon Park as a recreational area for men and women bowlers and croquet players. After vigorous local debate and strong protests from the Howick Horticultural and Beautifying Society the development, championed by Mayor William (Alf) Stevenson, was adopted. The club received a Licence to Occupy under the Reserves and Domain Act 1953. The Howick Women’s Bowling Club also received their own Licence to Occupy. With financial assistance from the Council and the proceeds of the sale of the old club site in Uxbridge Road the two clubs were able to develop the site. The men erected a pavilion adjacent to their new greens while the women occupied a small pavilion adjacent to the lowest green that was later extended in 1971.

The men’s club embarked on further development of the greens and, again with financial assistance from the Council, constructed a new clubhouse adjacent to A Green, which was opened in 1974. Further improvements were made in ensuing years to improve drainage, level the greens and locate and develop a bore water supply. 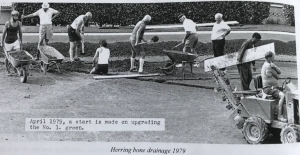 In the 1980’s the clubs were struggling to remain financially viable as they lacked the funds to maintain and improve the existing facilities. Club member, Trevor King QSM, was an extrordinary fundraiser and organiser with great powers of persuasion. Together with old Howick identity, Russ Rice, he conceived a $1 million plan to make major changes to the clubhouse and greens. 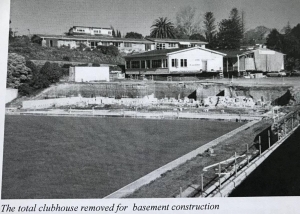 This involved relocating the croquet club to a new site in Northpark to allow their three greens to be converted to two new artificial all-weather bowling greens  and the lifting and major renovation of the existing clubhouse. The two bowling clubs agreed to share all facilities and the women’s club relinquished their occupation of the pavilion by C Green, now Trevor Green Green. The financing included generous support from Manukau City Council, including grants and loans, the latter having now been repaid. The works were carried out largely using volunteer labour and were completed in 1994. 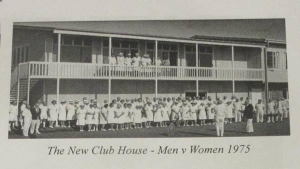 Since then Howick Bowls has gone from strength to strength.  This is mainly due to host of volunteers from club membership. Volunteers carry out all the tasks required, from committees which have come to control the club’s affairs with professional skill to helpers in the kitchen, the bar and competition organisation. Our full-time greenkeeper, Paul Hickey, has maintained the greens to a high standard for more than 25 years assisted by club helpers. Grants and member contributions have enabled ongoing improvement in facilities, including the replacement of the artificial greens in 2006-07.

In 2017 the men’s and women’s clubs agreed to amalgamate as the Howick Bowling Club to reduce the management workload, improve efficiency and better manage activities.